15 Best Places to Visit in Ethiopia 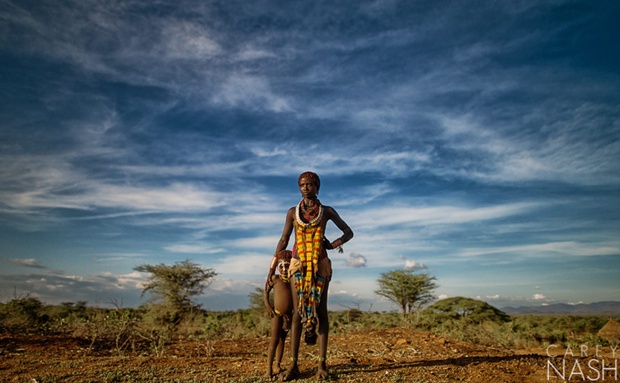 Freeland’s mission is to make travel accessible and inclusive for all by creating holidays and experiences that allow people to realize their dreams. Explore our top created destinations to visit in Ethiopia.

Danakil  is Positioned on the border between Ethiopia and Eritrea. It’s officially one of the driest and hottest places on Earth. With temperatures that often reach 50 plus degree centigrade, it’s easy to see why.  This is a surreal piece of real estate that’s strewn with active volcanoes, salted basins, hot springs, and a lava lake – all of which combine to create a very lunar-like landscape.

Sitting below sea level, it’s the lowest point in Africa and second in the world (after the Dead Sea). Do a bit of planning before you go as the climate can be harsh if you aren’t prepared.  But the beauty and mystery of this place make any preparation well worth it.

Lalibela pretty much blows the mind of everyone who visits.  This medieval settlement was designed to be a kind of second Jerusalem and modern day inhabitants remain proud of this distinction.

Lalibela is perched in the middle of a broad church complex made entire of rock. There are 11 churches in the settlement, monolithic and grand, all built by King Lalibela as early as the 12th century. It is  remarkable because of the architectural design. The churches are actually dug into the ground. The most famous and beautiful. If you’re so inclined, there are several monasteries in the nearby area that are worth visiting.

Harar is a holy, historic, and a walled city with an astounding web of narrow alleyways. Built in the early 16th century, it’s the oldest Islamic city in Africa. It was once the commercial link between Africa and the middle east and today is an enchanting lost-in-time city that’s famous for the impressive walls and centuries-old buildings.

There are roughly 99 mosques within the city.  A popular attraction is the nightly ritual of feeding hyenas which happens on the outskirts of the city. It’s been taking place for generations and you can participate if you’re feeling adventurous.

Available sources show that only about one thousand elephants remain in Ethiopia, and by far the largest and most visible herd lives in the Babile Elephant Sanctuary. A short drive from Harar, Babile is also home to gazelles, lions, leopards, cheetahs, and tons of exotic birds. The landscape morphs from rocky outcrops to lovely tree dotted landscapes. Roughly four hundred  elephants live here and you’ll really love the walking safaris that run each day.

At the Rift Valley,you find  a chain of seven lakes – each with its own distinct feel.  The passage includes wonderful lakes, hot springs, and lots of fun wildlife. If you’ve come to Africa for the wildlife, you’ll love the Rift Valley.  Tourists and locals love to spend time near the hot springs for its therapeutic benefits and because it’s a fabulous way to relax. It makes for a nice road trip to travel the entire length of the valley.

The Nile River is the longest in Africa and its two tributaries are the White Nile and the Blue Nile. The Blue Nile begins in Ethiopia and along its course, you’ll find the  Blue Nile Falls – a spot to rival Niagara. About 90 minutes from Bahar Dar, the scenery here is truly breath-taking. Locally known as Tis Abbay, or ‘great smoke,’ the falls are about 45 meters high during the rainy season.

Just downstream from the falls, you’ll find Ethiopia’s first stone bridge which was built in the 17th century.

You will be amazed at the sight of a wonderfully unique look into the tribal people of Ethiopia.  Similar to the Maasai in Kenya, the villages in the Lower Omo Valley haven’t been influenced by the outside world. Here you’ll interact with people whose culture is dramatically different from your own. Visit Daasanach village, try not to stare at the Mursi’s unbelievable lip-plates, or view the jumping of the bull’s ceremony with the Hammer. The region itself is a lovely open savannah leading up to forests in the hills. And if you’re interested, you can also try an African safari while you’re here.

The 18th century of Ethiopia was Gondar, where the then Emperor Fasiladas built his fairy tale castles. This UNESCO World Heritage Site is now a wonderful museum complex that showcases the last centuries of the country’s emperors.

The wealth and splendor of this ancient capital can still be seen in the modern city. Despite its size, Gondar is extremely walkable – start from the Italian piazza in the city center and enjoy a stroll through tin-roofed stone buildings. Great shopping, restaurants, and hotels are all available here. In the nearby Gorgora, you’ll find a small but impressive Christian monastery.

Aksum is a land steeped in folklore.  It is believed to have been the home of the Queen of Sheba and the final resting place of the Ark of the Covenant. It is also one of the oldest cities in all of Africa. Look over the walls of the St Mary of Zion Church Complex where the Ark is supposedly kept and visit the Northern Stelea Field to see the ancient Aksumite Obelisks.

Despite the incredible history here, because it’s a small town, Aksum is often overlooked by tourists. Enjoy discovering the relics throughout the city, visit mountaintop monasteries, and go underground to view Aksumite empire tombs. Don’t forget to check out Mai Shum, a large rock-hewn reservoir that local tribes believe the Queen of Sheba used as her bath.

Though Addis Ababa is a large city crowded with traffic and urban sprawl, cars still have to make way for shepherds herding their flocks across the road. Many call it the capital of Africa because the African Union is headquartered here (all but one of Africa’s 57 countries belong to the AU). Addis Ababa has the largest market in Africa, incredible cathedrals, churches, and mosques, and the museum that is home to Lucy, the oldest known humanoid in the world. For the surrounding locals, a city is a magical place whose streets are paved with gold, for visitors, it’s the perfect blend of traditional and modern Ethiopia.

The Simien Mountains range is a designated UNESCO World Heritage site and is rightfully known as God’s playground. A trek along the escarpment provides one of the most phenomenal vistas in the country. You’re also guaranteed to run into a group of the Gelada bleeding-heart baboons. Inside the Simien National park are a wide variety of wildlife like the Walia ibex, a goat found nowhere else on Earth.

The third-largest city and the first stop on the historic circuit in Ethiopia are Bahar Dar. The vibe in the town is relaxed and the nearby lake and monasteries only add to this. If you haven’t spent time lounging by the lake, then you haven’t had the real Bahir Dar experience. You’ll marvel at the tankwa canoe, seemingly flimsy vessels made out of woven papyrus which is absolutely unsinkable.  They can handle men and ox!

The Rift Valley stretches from the Red Sea to Mozambique. It’s an incredible piece of real estate and millions of years from now the rifting process that is ongoing, will entirely split the African continent in two.

It’s one of the few geographic features that’s visible from space! It’s an incredible route to travel overland, heading southeast from Addis Ababa, through Mojo, Lake Ziway, Awahs National Park, and beyond. There are a total of five lakes along the route, each with their own unique look and feel.

If you’re imagining a lively bazaar filled with crocodile products made for tourists, you couldn’t be more wrong. Nothing is for sale and the crocs are alive and well at Lake Chamo.  Take an afternoon or early evening boat ride on the lake where you’ll get an up-close and personal view of these massive and magnificent creatures. You’ll be surprised to see entire banks along the lake covered with huge Nile crocodiles – some reaching over six meters long.

Named after the Amharic word for ‘forty springs,’ Arba Minch is an area of many tiny springs that bubble up from the ridge below them. It’s a lovely 3km walk through Nechisar National Park to reach the springs. If you use this area as a stop on the southern Ethiopian circuit, you won’t be disappointed. 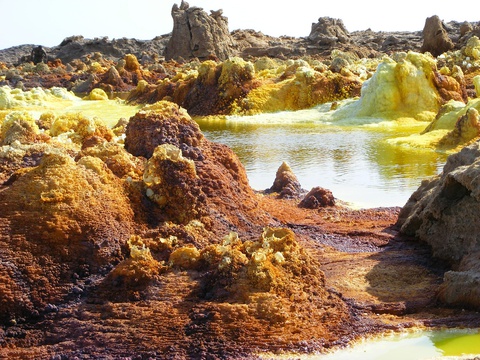 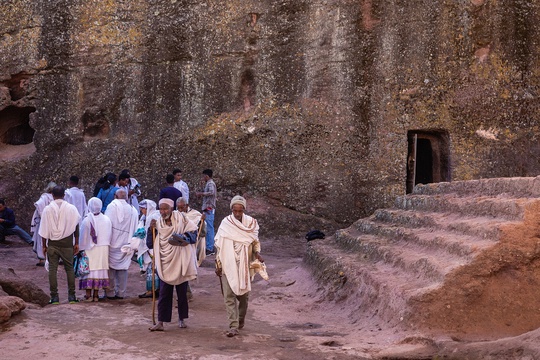 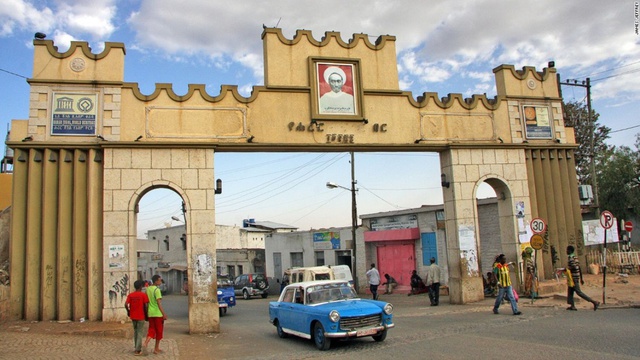 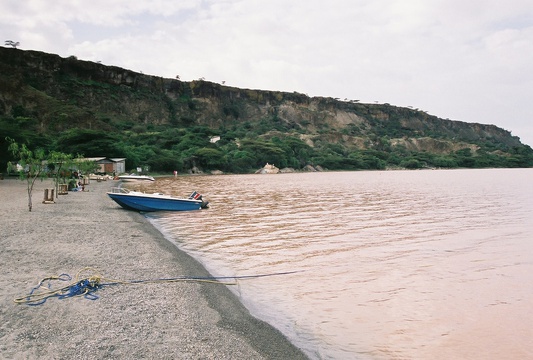 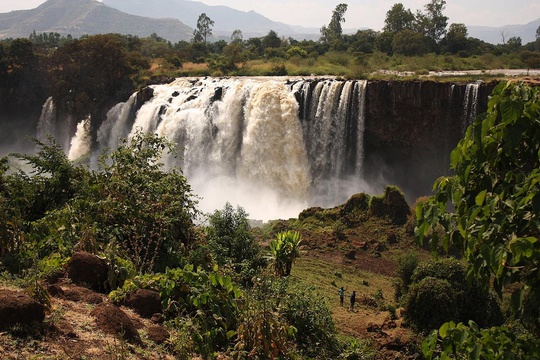 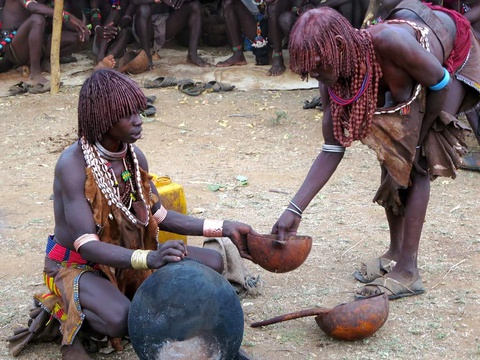 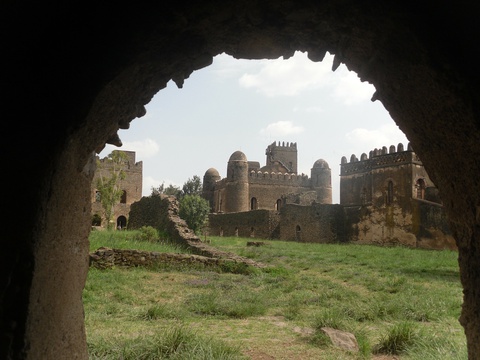 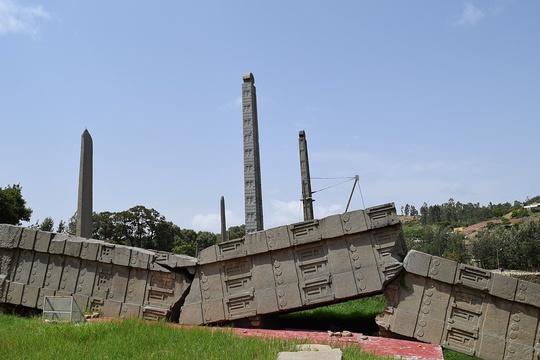 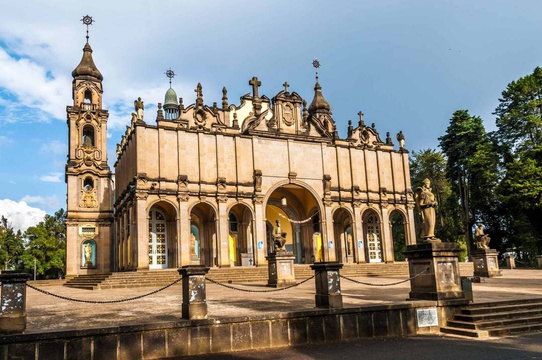 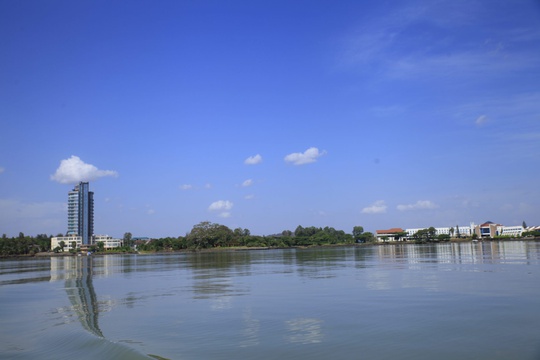 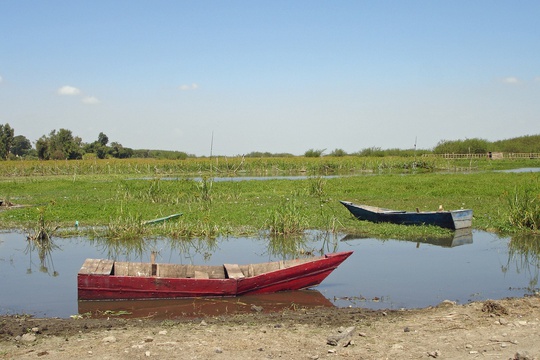 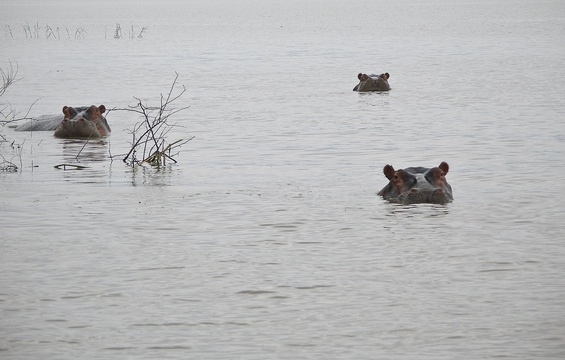 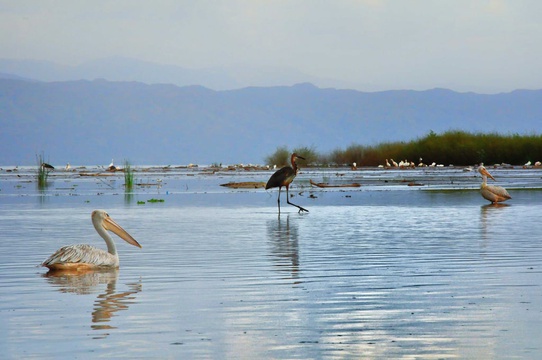 Latest from our Blog