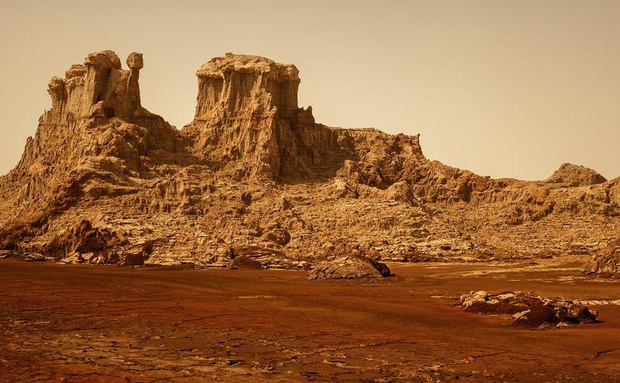 The Danakil Depression is a contender for the hottest place on Earth, at least if you measure the average year-round temperature (reportedly 34.4C) rather than focusing on isolated bursts of extreme heat. Worse, it only receives 100 to 200mm of rainfall per year and it is also one of the lowest places on the planet, at 410ft (125m) below sea level. Combined, these factors make it one of the most inhospitable environments in the world.

This would be possible if we drive to Dallol from Mekelle very early in the morning tour Drive to Ragad (Asebo), the place where the localities are mining salt. 1,200 km2 (460 sq mi) the Afar Depression is covered by salt, and salt Look at the activity of breaking the salt from the ground, local people are cutting it to rectangular pieces and loading it on camels. You drive ahead to Dallol and visit the different landscapes formed by volcanic activity, Dallol + Lake Assal + salt canon, camel caravans, follow up camel caravans and rive back to HamadEla for lunch and proceed to Mekelle.